Our experts have the same level of expertise and experience as corporate directors can provide.

The partners and employees of our company rolled out a corporate consulting business backed by decades of experience in corporate consulting, particularly as board members or chairmen, CEOs, CFOs or as corporate transformation specialists both at the regional and international levels, not only in Europe but especially in North America and Asia. 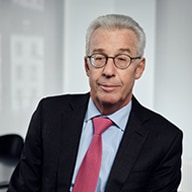 François Frôté, Attorney-at-Law, has been advising corporations and entrepreneurs for more than 35 years. François Frôté has been Chairman of the Board of Directors of several industrial SMBs and has obtained extensive experience from being a board member of insurance companies, banks, and retail companies. 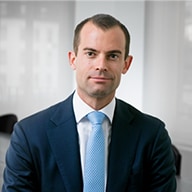 Blaise Girardin has been a partner within our group of firms since May 2017. He posesses a wide range of experience from working at PricewaterhouseCoopers (PwC). From 1999 to 2017, he was head of Insurance and in charge of auditing assignments for compensation funds, pension funds and numerous SMBs along the Franco-Swiss border. He has extensive expertise in financial management consulting, project management and controlling.

George Berthoud, Attorney-at-Law, manages Dynafisc SA, which he founded in March 1990. The company became the Neuchâtel subsidiary of F&P Services SA in January 2019. Formerly director of Fides Neuchâtel (now KPMG), George Berthoud has more than 35 years of experience in corporate administrative and tax management as well as in restructuring projects.

Nathan Kaiser is an Attorney-at-Law admitted to the Bar in Switzerland, Germany, Taiwan, and Hong Kong. After spending nearly 20 years as a lawyer in Asia, Nathan Kaiser now advises international tech corporations and international distribution companies, particularly in Asia and in the United States. He is also a Fellow at the Berkman Klein Center at Harvard University. Nathan joined our Board of Directors after working with our group of companies for nearly 10 years.

Denis Grisel has a background in economics and was head of economic development for Canton of Bern from 1996 to 2017. He headed up several major innovation and expansion projects under this position. He has also helped numerous foreign companies set up new locations, which requires extensive regional economic knowledge as well as detailed knowledge of various foreign countries such as the United States, Brazil, China and Europe. Denis Grisel has worked with our group of firms since 2017.

In 1976 he joined the Bern Economic Development Agency, where his tasks included :

In 1996 Denis Grisel took over management of the Bern Economic Development Agency of the canton of Berne. With its million inhabitants, Bern is Switzerland’s second largest Canton. His duties include :

Denis Grisel also coordinates activities in the field of technology transfer through support for be-Advanced, a company whose job is to provide initial technological advice to SMEs and “Cluster” associations in the areas of medical technology, telecommunication, precision industry and services. From 2012 – 2013 he was President of Greater Geneva Berne Area

Denis Grisel is to date member of several Boards of Trustees and Boards of Directors:

Antoine Helbling has a background in economics and taxes. He has over 15 years experience in tax consulting and worked in the Tax Office at the Canton of Neuchâtel as well. This background has given Antoine a wide-range of hands-on expertise in managing financial and tax-related matters for SMBs. Antoine has worked for our group of companies for over 10 years supporting SMBs in restructuring and succession projects. 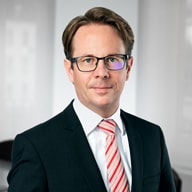 Andreas Bättig is an Attorney-at-Law and obtained a post-graduate degree from King's College, London. While practicing law, for over 15 years he has offered corporate consulting services focusing on wastewater treatment as well as financial market regulation. Andreas Bättig works in our Frôté & Partner SA firm as a Partner and Director.

F&P Conseils SA was created to offer consulting and advisory services to company owners and their executives.

Understanding our clients’ full needs and the challenges they face as well as having in-depth knowledge of the region and industry where our clients operate are just a few of the strengths we leverage when managing projects entrusted to us.

Read all our newsletters

We use cookies to ensure that we give you the best experience on our website. If you continue to use this site we will assume that you are happy with it.Ok